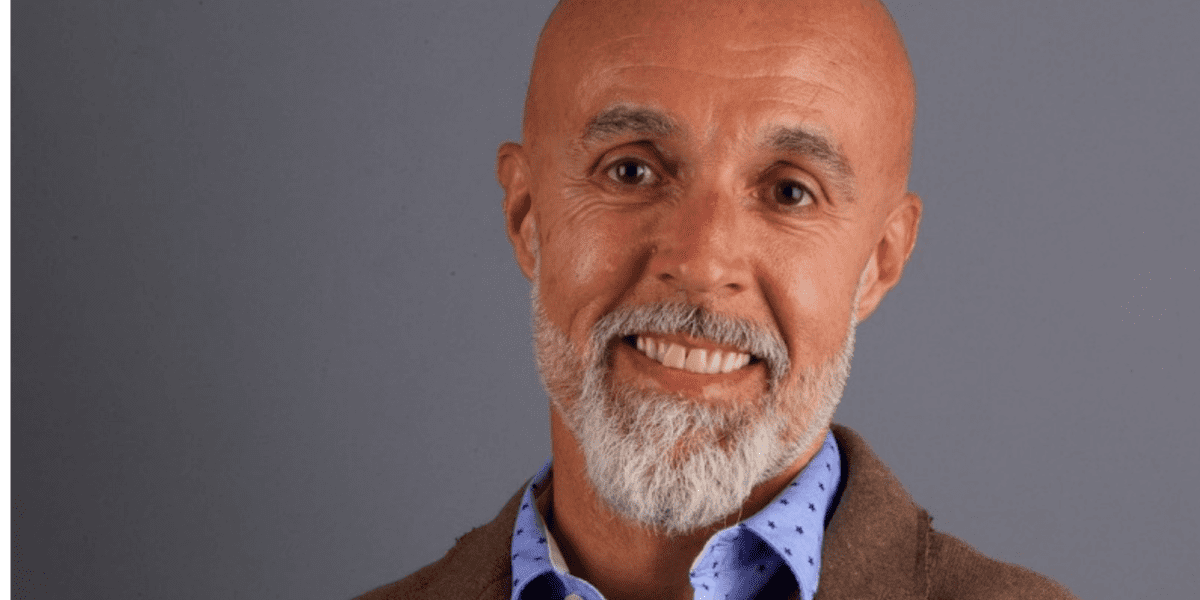 Munich, September 16th, 2021 – Oliver Bogatu, former General Manager at Bloomreach, becomes the new General Manager DACH at Lengow, the European SaaS platform for e-commerce automation. With offices in France (Nantes and Paris), Germany (Munich) and the UK (London), Lengow is the European market leader and already offers multichannel management of their e-commerce strategy to over 4,600 brands and retailers, including Nespresso or L’Oréal Paris.

The nomination of Oliver Bogatu, who was General Manager DACH at Bloomreach and previously held managerial positions at ebay/Brands4Friends, vente-privee.com and the s.Oliver Group, among others, occurs in a larger strategic context for the company. By early 2021, the $8 billion global investment fund Marlin Equity Partners had already secured a majority stake in Lengow. A few months later, Terry von Bibra, ex-European head of Alibaba, joined Lengow’s advisory board.

The company is placing an even stronger focus on the DACH market, restructuring the entire team for this purpose and hiring numerous additional employees. Lengow can now count on Oliver Bogatu’s many years of experience in the German digital and fashion scene.

“Oliver and Lengow have found each other! He will support us decisively and expand the German market considerably. Germany is one of our most important markets,” explains Mickael Froger, CEO of Lengow. “His expertise with large companies in e-commerce and the fashion industry is a strategic asset for us. I am delighted to work with such a great and impulse-giving person.”

“Lengow is a unique e-commerce platform that has gained significant market share from the strong growth of online retail. It is already addressing the new digital challenges of retailers, brands and customers seeking profitable access to the leading e-commerce marketplaces,” added Oliver Bogatu, Country Manager DACH. “As the new boss for Germany, Austria and Switzerland, it’s my job to position this SAAS platform in the market as the only alternative with our local teams and support.”

Lengow is the e-commerce automation platform helping brands and distributors improve their performance, automate their business processes, and grow internationally. The platform is the key to strong profitability and visibility for products sold by online retailers around the world on all distribution channels: marketplaces, comparison shopping engines, affiliate platforms, display/retargeting platforms and social media. Since 2009, Lengow has integrated more than 1,600 partners into its solution to provide a powerful platform to its 4,600 retailers in 42 countries around the world.

Connect to our new platform and discover new features! 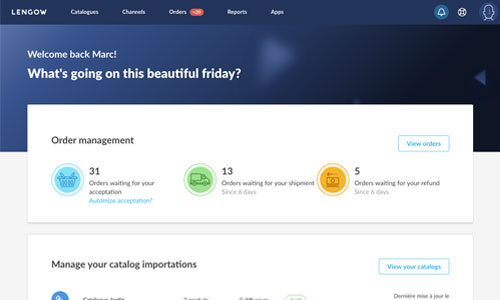 Saving time and simplifying the process

Internationalisation with a simplified strategy

Connect to the new platform

Not yet a client? Want to migrate on the new platform? Get a demo now

... or connect to the classic platform 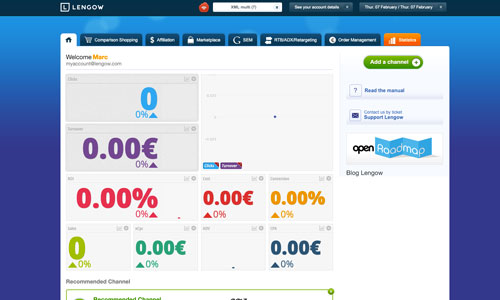 Connect to the classic platform